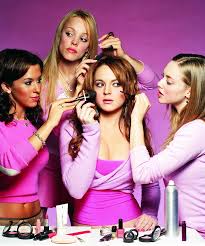 I can safely say I carry a fair amount of baggage from my school days. I had the typical tough times that are bound to happen to introverts who struggle to navigate social life. School is where we discover the purpose of cliques. They are invented to make the insiders feel good about themselves by excluding others. Now that I’m old enough to have some perspective, I realize there’s no point in sweating the old school cliques. They have a way of breaking apart of their own accord. Besides, they provide all kinds of writing fodder.

Roommate snobbery is particularly up close and personal. My freshman roommate at college made a point of breaking up with me in order to join a “popular corner” in the hall and snare a supposedly more congenial roommate. She must have thought she had it made, but in fact the “popular corner” didn’t last very long. Her second roommate shocked her by moving out abruptly. Although I didn’t witness it, I heard this breakup produced a major crying and screaming fit. I couldn’t have invented a better example of Karma if I tried, so I told the story fairly straight in Handmaidens of Rock.

Do mean kids ever regret their meanness in middle and old age? Or are they still basically the same people? I certainly have regrets about times when I could have been nicer, which I hope demonstrates some growth as a person. Looking back, I realize that there were certain schoolmates from whom you expected meanness, and others from which a snub came as something of a surprise. One girl in particular sticks in my mind. I apparently made a faux pas at a social event when I presumed on our former casual acquaintance. I had never thought we were friends, exactly, but I hadn’t realized until that moment that we were enemies. I suspect she was acting out of a real fear of losing her own place in a clique that she had barely gotten into. She was not very attractive, and I had noticed before that she was insecure around these so-called friends. I wonder if she ever reflects now on how shallow her behavior was.

As a writer, I have crystallized her into a type. There isn’t much point in imagining some horrible fate for her, which wouldn’t necessarily make for a plausible story. Sometimes real life  … Karma, if you will … takes care of things just fine. This woman, for some reason, writes more updates to our college alumni news column than anyone else in our class, and includes more detail than could possibly interest a casual reader. None of it is particularly newsworthy, which seems to underscore her need for reassurance about her life. Reading between the lines, I’d say she’s much the same person she was all those years ago. She’s not terrible, just ordinary. Maybe that’s punishment enough. She’ll never know, but I’ve used her as a lifelong example of how not to be.

I never contribute to the Alumni News myself, but I read it with fascination. Naturally, most contributors use it to pump themselves up as much as possible. But if you happened to know that person long ago, and remember what her goals and expectations were, you can sense discontent between the lines. There are also certain classmates who cry out for praise, like the one who has made a career of working for non-profits. I can’t help remembering that this particular girl had trouble showing kindness when confronted face-to-face with an individual in need. Why is that so much more difficult than showing compassion for an entire culture or a class of people? I can also remember some notorious Bible-thumpers who would cut you dead most days, but mindful of the need to build up some brownie points with God, were willing to pray for you. 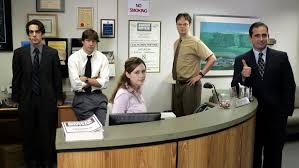 School cliques are to be expected, but workplace cliques are worse. I didn’t really encounter this in a toxic way until late in my Federal government career, but it finished me as a truly engaged employee. I have spent the 4.5 years since my retirement pondering what went so wrong, when I had always been conscientious about my work and believed passionately in the agency’s mission. My downfall began about ten years ago, when a new supervisor arrived in my office and hired two “senior” analysts who were much younger than I. The supervisor was so nice on the surface that I thought I might as well try to live with the situation. I was edging toward retirement anyway, and living with it would be easier than trying to find another position, which would mean competing against younger candidates who were automatically favored. But the five years I spent with this dynamic turned out to be a humiliating experience, as my three so-called colleagues formed a clique that I was systematically excluded from.

From what I hear, many aging Federal employees go through this winnowing out process. The agencies have their ways of getting rid of older workers while trying to sidestep accusations of outright age discrimination, which would be illegal. They just ignore you as much as possible, and relegate you to grunt work when they can. I wouldn’t have minded that so much, as someone has to do the routine tasks, and I was still getting a nice paycheck considering how little substantive work I did. In fact, I would be a fool to complain about Federal employment at all, now that I’m happily pensioned off. But it would have been much more satisfying to work for my money and utilize my true skills, as I did when I was young and “promising.” And I would have preferred not to have my nose rubbed in the entitled behavior of the office elite, who were doing essentially the same work that we ordinary drones had done for years, but simply made more of a fuss about it. I believe the sort of grade inflation that was practiced then is beginning to have serious ramifications. In a new and much more challenging technological age, the agencies are crying out for specialized skills. I’m guessing that after years of overspending for nothing special, my office doesn’t really have the budget to compete for the true hot-shots it needs.

My supervisor formed a tight bond with his two young princesses, indulging in all kinds of junkets, “retreats,” and lunches. Guess who had the privilege of covering the office when they weren’t there? After a while, my nice-on-the-surface supervisor began to ghost me. It’s taken me all this time to figure out that’s what he was doing, and that there is a word for it. He was still polite whenever I confronted him, but he ignored me as much as he could. The first time I noticed this was on the day I came back from a long-awaited and deserved vacation. As I listened to him visit with a colleague, and ask her about every detail of her weekend, I realized he had no intention of acknowledging my existence until he absolutely had to.

Sometimes I wanted to scream in the hallways, “Don’t you people realize that some of your best workers have gray hair?” I don’t know if it’s a generational thing, but none of my younger colleagues seemed to have a work ethic comparable to mine. They expected to be rewarded for everything they did, and balked at doing anything extra―I was the one available after hours when my supervisor got desperate. One time, when I confronted him about a meeting I had been excluded from, although I had worked on the project supposedly under discussion, he was forced to admit that the “meeting” had been a bonding thing, not about business. So it was clear: I was excluded because I wasn’t in the friend zone.

I used parts of my upcoming novel, Sycophants, to try to work out this dynamic. My heroine, Imogene, is excited to be hired by an entertainment production company, only to find that her immediate supervisor is determined to relegate her to the position of office drone. Her frustration grows as she is expected to cover for continual junkets taken by the supervisor and his favorites, and is excluded from closed-door meetings where the really creative matters are discussed. But Imogene accomplishes more by attending to her own interests, and spying a little, than she would by lashing out … and as usual, the clique nurtures the seeds of its own destruction.

Likewise, my real-life supervisor eventually lost control over his cozy group. One of their junkets turned into something of a disaster. They flew into Chicago ostensibly to visit an agency training center, at a time when an autumn snowstorm was bearing down on the city. On top of that, O’Hare Airport was a mess because of computer failures. After they came home from that misadventure, the clique seemed a little less unified than before. Eventually, it fell apart. I guess the princesses thought their benefactor could have exercised a little more creativity by taking them on some pretext to visit the Honolulu office.

It was a fine time to sit back and let Karma reign. Even with a writer’s imagination, we don’t have to conjure up mayhem for our adversaries. I didn’t really want their plane to crash while trying to leave Chicago, and even if it had, I wouldn’t have benefited. But I was amused to learn recently that an old co-worker of mine, who is going through much the same nonsense that I endured, is fighting back in a way I lacked the courage and energy to do. It seems her supervisor hired a friend for a position that should have gone to her. She has filed a grievance, to be followed possibly by a civil suit, alleging both racial and age discrimination. I know that “friendship” discrimination is even harder to prove, but something tells me that this time there might be hell to pay.