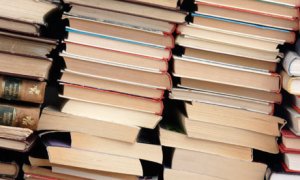 Several months ago, The Washington Post carried a heartbreaking story by Cynthia McCabe about a struggling writer, Dennis Williams (alternate name: Katry Rain) who became despondent and suicidal when he concluded that his writing life, and consequently his entire life, were finished. Williams published one book with a small press, had one play produced, and self-published several “philosophical” works and novels based on that philosophy. He was also a teacher of English in Japan, apparently popular with his students, and had garnered some press attention many years earlier with a stunt to protest the Nixon administration.

But the writing success that he longed for wasn’t forthcoming. In a heartbreaking “give-up” gesture, he dumped a load of his unsold books on the doorstep of a used bookstore under cover of darkness one night. Eventually, he planned his death and announced it in advance, e-mailing several prominent journalists, all strangers to him, one day in advance. Was this a ploy to get the attention he’d never had? If so, it was somewhat successful, but he didn’t stick around to enjoy it. He threw himself off a building, exactly as he said he would. He wasn’t interested in being talked out of it (although at least one of the journalists sincerely tried to). Nor was he forcing anybody to read his work. He was just “done.”

Can struggling writers learn anything from this sad story? I don’t believe “struggling” has to mean “despondent.” Most of us learn to embrace the struggle. If our wildest dreams are punctured, we settle for more modest success. Williams seemed to have failed even with his forays into social media, which in my opinion should be nothing but fun. He had very few “likes” on his pages, much less “friends.” I suspect he was desperately seeking the approval of followers instead of trying to get to know them.

As for his novels, Cynthia McCabe tried to read them sympathetically, only to pronounce them didactic and boring. He must have cared more about lecturing readers about the “truth” than entertaining them. A writer has to decide which is more important. If we’re not mesmerizing as many readers as we would like, can’t we at least entertain ourselves? And why should we ever consider ourselves through with writing as long as we’re alive and there are still stories to tell? My advice, if you ever feel devoid of ideas, is to check out the daily newspaper. It’s depressing as hell most of the time, but it’s a panorama of life, full of all the agony and ecstasy you’ll ever need for inspiration.