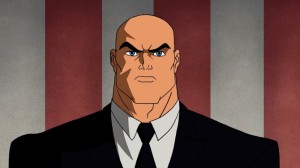 A free society thrives on controversy. Writers and artists must have the ability to express themselves without fear or restraint, regardless of whom they might offend. The public is equally entitled to take offense at what they see and read, and to say so forcefully. The ensuing debate, if respectfully conducted, is a healthy thing.

The more controversial the subject, however, the more difficult it seems to achieve a balanced debate. One of the riskier challenges a fiction writer faces is portraying villains as real people. I grappled with this in a small way in my 2010 novel Let’s Play Ball when I put bigoted opinions in the mouth of a character whom the heroine nevertheless found attractive enough to sleep with. The topic has come up in a much more threatening way in attempts by some school districts to censor the greatest of American classics, Huckleberry Finn, because much of its language reflects the racial prejudices of its time. This is a blatant example of people policing what they read, instead of attempting to understand it. They are not reading the book, but only reacting.

That said, there are some works of art that are so explosive that they put the most ardent anti-censorship advocate to the test. One example is The Death of Klinghoffer, an opera depicting the 1985 attack by the Palestine Liberation Front on the cruise ship Achille Lauro, and the brutal murder of a Jewish-American passenger. It has been controversial ever since it debuted in 1991, and efforts are continuing to this day to suppress it. At one point, revisions were made to the opera in an effort to stem some of the criticism. In the opinion of some critics, the revisions actually made matters worse by robbing the piece of important depth and context.

There is no easy way to portray both sides of an issue as intractable as the Israel-Palestinian divide. It would be easier, and even understandable, to regard the terrorists as sub-human. However, in that case, they might as well be portrayed as comic-strip villains, evil just because they are. My sympathies in this debate tend overwhelmingly toward Israel, and I abhor brutal attacks on unarmed civilians, no matter what the cause. But the terrorists are not raging in a vacuum. If they are to be portrayed in a work of art, they must be three-dimensional characters with an understandable mission. Free expression must be given the benefit of the doubt. Any attempt to limit it is troubling.